In the last days you didn’t really hear much from us.. This is because we have done so much planning for our secret Project and yes: It will be a thing what is more than a single Plugin, Map or Mod!
But before you think it’s the Qubik Client i can tell you one thing first: No its not a alpha of the Qubik Client. We have currently no developer who realize this project with us but so you don’t get bored while waiting we announce something here in this Post!

Yes you heard right! A fully Minecraft Network working with self coded Minecraft Plugins!
We have planned some big and really nice games and we list there down!
But we don’t plan to publish everything at the same time! We want to do this in phases.

The First Phase or the Release goes on with the following Games:

This is the First Update of our Server and we plan to release these Games:

In this phase we really want to make the Server so close to actuall fully release but this wont be the last Phase.
These Games are Planned for Phase 3

How and what these games are do you ask?
Let me explain what three of these are and how they Works!

These games are early concepts and arent really full developed! That means it can be diffrent as we say it here!

Dungeons is a Gamemode where you have to walk through a dungeon maze and defent a point were you can respawn. If the respawn point breaks you have only one life and if you die then the game is over. You can win in this game Server wide coins to buy ingame stuff and so on.
This Gamemode can be played up to four players at the same time!

No this game is not about hacking on our Server! HackWars is a Gamemode where you can hack other players (ingame not irl) to gain a game based currency. You have to hack other company’s to gain the currency too. If you can hack a player up to 100% this team will join your company and fight with you! If you can manage it to claim all player company’s you win and your main company get the prize!

This game is a PvP Game where you can win a rank for up to 1 week! But if you lose and gets down to the last place you get game banned for 1 week! And yes a game ban is only for the Gamemode that means if you lose you just don’t play BanWars again. You can still join other gamemodes like Freebuild or HackWars but you can’t join BanWars for a time.

As you may see we have there a big project that is even bigger than the Qubik Client and we want your help!
So if you are really good at Building nice structures in Minecraft please open a ticket on our official Discord!
We let you up-to-date! 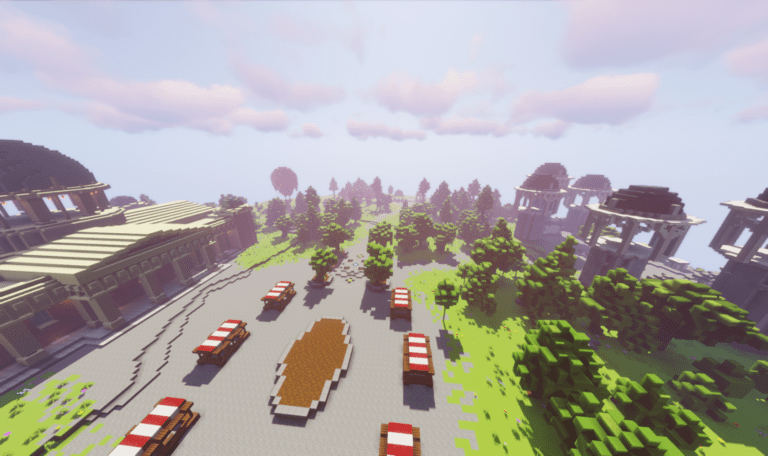